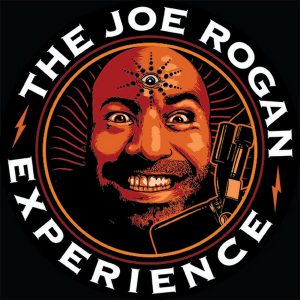 If you combined Hemingway, Bruce Lee, and Hunter S Thompson you would end up with Joe Rogan. Each week Joe brings a wide spectrum of interesting individuals. Topics range anywhere from psychedelic drugs, ancient civilizations, cannabis prohibition, and the most intimate stories one can ever have. 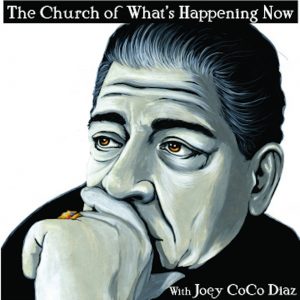 Let’s go DEEP into uncle Joey’s world! Joey shares some of the most unbelievable and outrageous stories I have ever heard. Joey has witnesses that corroborate his stories. Joey’s guests include the brotherhood of comedians he started off with along with dozens of people from his childhood. Perhaps the most amazing part of the church aren’t the stories, but the “communion” if you will. Joey and his co host Lee Sayatt routinely take THOUSANDS of milligrams of edibles.

Full Episodes of the Church 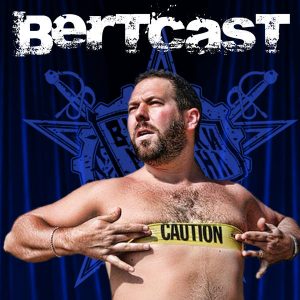 I was first introduced to Bert on his first appearance on the Joe Rogan Experience Podcast. He was very funny, and charismatic. When he told his famous “Machine” story he instantly became one of my favorite comedians. If Bert ran for president I would vote for him. 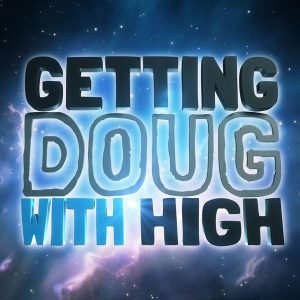 Getting Doug With High

Doug Benson might possibly be one of the most successful cannabis enthusiasts of all. He’s built a comedic legacy around his love of two things: movies and weed. My personal favorite youtube show is Getting Doug With High. The entire premise of the show is Doug bringing on guests and spending roughly an hour where everyone gets as high as humanly possible. The cherry on top or the closer, as the comedians say, is bringing a magician to do magic for the guests. Look for any episode with Joey Diaz or Esther Ku.

Start Getting Doug With High Here

Next podcast on our list is Doug Benson’s other podcast revolving around alcohol and movie trivia: Doug Loves Movies. All of these episodes are recorded in front of a live audience. Half the podcast is friendly banter between all the comedians, and the other half is the comedians playing movie trivia to win the audience members prizes.

Test your movie trivia knowledge against Doug & his friends