DIY Smoking Devices You Can Make With Household Items

Improvising: It Can Produce Solid Results

Alcohol is simple—you just pour it into a cup, and voila. Marijuana is a bit more complicated. Sure, you can bake it into cookies using butter, and that’s pretty delicious. It’s also an involved process where mistakes and dosage are difficult. What a lot of cannabis enthusiasts do instead is use pipes, bongs, joints, dry herb vaporizers, spliffs, or other smoking options.

However, there are plenty of situations where you’ve got a little “green”, as they say, but you’ve got nothing to “smoke” it with. Well, to help with this situation, following we’ll briefly explore five ways you can make a “pipe” or a “bong” out of common household items. 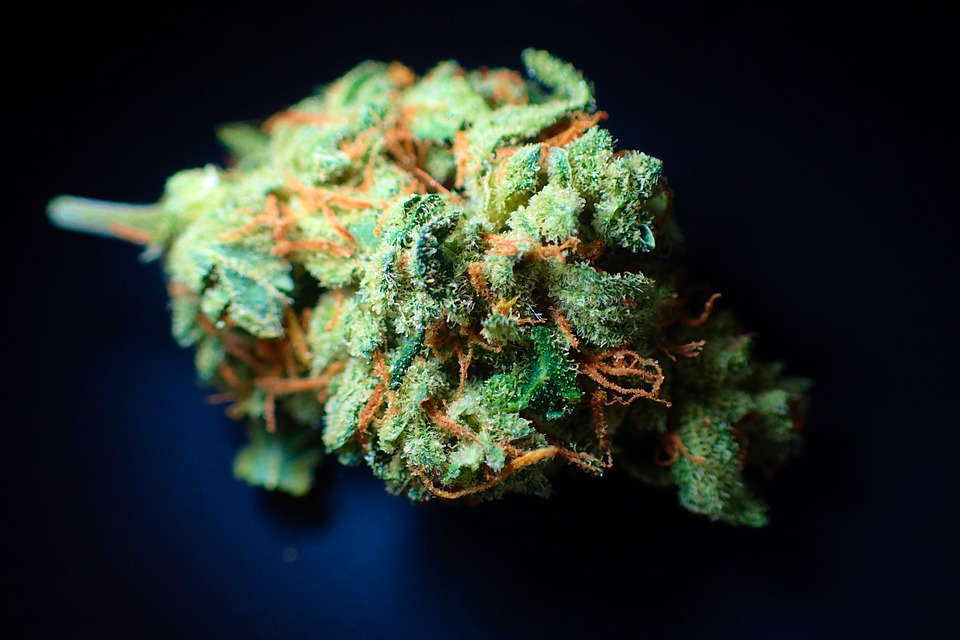 Basically, if you’ve got an apple, you’ve got a pipe. Use a pen or some other implement to make a “bowl” and hollow out a hole. You make an L-shaped hole. Go straight down into the core, then use the same pointy implement to go in from the size. You put the weed at the top of the apple and inhale through the hole in the side. You can even put on a carburetor.

Soda cans are great pipes. What you do is make a little depression on the side of an empty can, near the base of the can. Poke holes with your pushpin, and use the pointy end of the sharp implement to scrape the paint off the can—you don’t want to smoke the paint. You can also make a little carburetor on the side with the pushpin.

From there, you simply crumble the weed atop the impromptu mesh you’ve put together, light it, suck in with your finger on the carb, then release your finger and inhale the hit. Carbs are nice because they can allow you to take smaller hits without coughing so much. Holding your breath, coughing long; you don’t really have to do these things, and the coughing is painful.

If you’ve already got a lighter, then take a pen apart, invert the cap, stick it in one end, use a lighter to melt the cap to the cylinder of the pen, and voila, you’ve got a one-hitter. You stuff the weed into the inverted cap and light up. Now it’s best if you’ve got a metal pen because when you’re dealing with plastic, you could inhale melted plastic.

Also, if your pen cap doesn’t have a tiny hole in the top, that can be problematic. What a lot of people do is take the silver cylindrical end through which comes the ballpoint, invert that, then secure it to the plastic cylinder of the pen. The difficulty is in securing the inverted metal cylinder to the rest of the pen in an airtight way.

Once you’ve got it attached, though, you’re good to go. This is an excellent improvised one-hit device. Also, you can keep using it—here’s a link on how to clean a one-hitter.

This is an oldie but a goodie: if you’ve got any piping used in plumbing, you can basically just screw a pipe together with an elbow. A drill-press can install a carburetor. The thing about this method, though, is that because you’re putting your mouth on metal, and you’re lighting the cannabis atop metal, much of that metal flavor will make its way to you through the pipe. 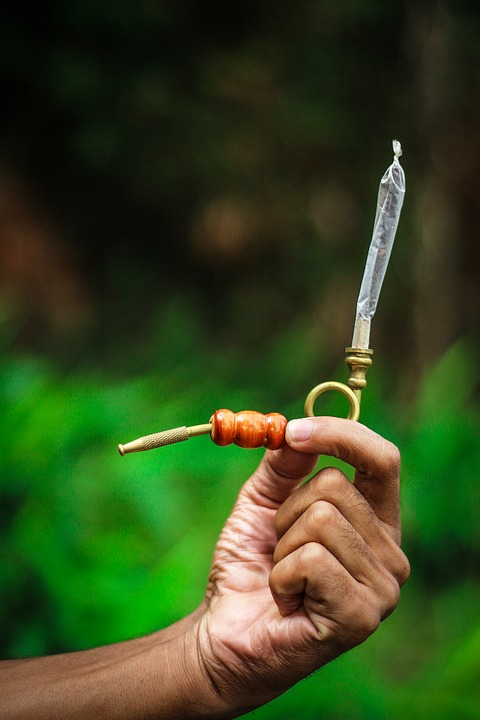 This one’s pretty fun, but you’ll need to poke some holes and secure some things. However, you can get away with tape if you’re in a pinch. So you’ve got an empty one-gallon jug of milk. The “handle” section is where you’re going to put your “bowl”. You cut that handle out, turn it upside-down, and reseal it to the “top” hole. The “bottom” hole is your impromptu carb.

Next, you need some sort of mesh to keep the weed from getting sucked through. You can use a funnel if you like, find something pointy and cylindrical you can invert. You’ll have to be creative here. You secure it, put the weed in the inverted cylindrical “bowl”, inhale through the “cap” area of the jug, and use the other hole where the handle was as a carb.

Now you’ve got a massive bong, and you can get a notable “rip” from it. But be careful; you’re probably going to cough a little. Also, you can leave the handle there, hollow out a portion at the top of the handle for the bowl, fill the bong up with water over the bottom end of the handle, and then the smoke can be filtered through water for a smoother hit. Play around and be creative.

Doing A MacGyver Impression For A Cannabis Pipe
MacGyver used everyday items for engineering feats that got him out of crazy scrapes. Well, you can use the same sort of thinking to engineer cannabis smoking implements from regular household items. One-gallon bongs, plumbing pipes, pen-based one-hitters, apples, and pop cans will all work fine. Play around, see what most agrees with you.

This is a guest contribution from Kyla Stewart from The Blog Frog.

Don’t be stranded next time, get the most out of your green with a Dynavap. It’s a battery-free dry herb vape and it’s ultra affordable. Use code TROYTIME to save 10% @ Dynavap or see my Dynavap Vapcap 101 for more information.

Vapes that can get you higher

Thanks to recent breakthroughs in vaporizer technology, ball-powered herb vapes have the potency and flavor of a dab while using only dry herb.

Ball Vapes
Liked it? Take a second to support 420vapezone on Patreon!