As medical marijuana gains momentum across America, the public’s willingness to put up with the prohibition of marijuana is rapidly decreasing. Notable public figures have started coming out from behind the beaded closet curtain to publicly support medical marijuana. Notable public figures such as presidential nominee Bernie Sanders, and in a plot twist worthy of an M Night Shamalon movie famous actor/comedian Rosanne Bar! 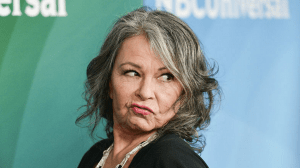 Less than 48 hours ago Rosanne announced that she will be opening a medical marijuana dispensary in our hometown of Santa Ana, California. Rosanne’s dispensary will be called, “Roseanne’s Joint” (ba-dum-tsssss).

Last year Santa Ana held a lottery to randomly select 20 dispensary licenses. The most notable celeb to win a license was Cypress Hill rapper B-Real! With this latest announcement, Rosanne’s will become the second celebrity to potentially open a pot shop in Santa Anna. As more public figures embrace medical marijuana, and set their sights on Santa Ana. Hopefully this will be the catalyst that transforms Santa Ana into the marijuana mecca of Orange County!

Expect to see full shop tour of both of these dispensaries once they open their doors. Thank you for reading, please don’t forget to share this with your friends.