I chose the TS-3000 as my first grow light when I started growing weed and my first grow was in a 5×5 tent. Four plants produced 1lb 3g of top-shelf cannabis.

For starters, this light was plenty of power for the 5×5 tent. With four or six plants in the 5×5 tent, the single panel TS-3000 lights the canopy well enough. I pulled a pound on my very first try.

BUT WAS IT ENOUGH?? No, not really. Light penetration in the center of the tent, directly under the light, is great – but in the corners and edges of the tent, there will be very little light penetration. This means all-but-the-top colas and nugs directly beneath them will likely be underdeveloped near the edges and corners of your tent.

I like to manifold or mainline my plants. I top them and grow them wide rather than tall. I like to maximize my canopy and grow as much weed as possible. This light isn’t enough for my 5×5.

With the 450 actual watts TS-3000 in my 4×4 tent, I grew several rounds of autoflower cannabis. At one point I had 9 plants in the grow and some plants put out as much as 10 ounces EACH!!

The TS-3000 is much more ideal in the 4×4 grow tent. Canopy penetration near the edges and corners wasn’t amazing, but it was pretty good!!

The Mars Hydro TS-3000 in combination with the 4×4 grow tent is a great budget setup and a cheap way to start growing weed at home.

Links for products used in this grow: 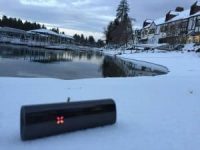 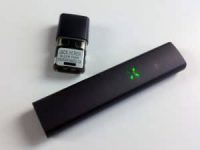