If you’ve watched my Pax 3 Review video then you know how thoroughly I like to test vaporizers. I wasn’t satisfied with the standard battery of tests so I put the Pax 3 through a gauntlet of tests. I compared Pax 2 vs Pax 3 heat up times, tested the best grind for the Pax 3, and even modified the Pax 3 into a Dab Rig!

What temperature is the best for the Pax 3? To find out the best temp for the Pax I decided to vape a bowl at each temp setting all in one sitting. That’s right, you’re about to see me get progressively more stoned as I vape 4 bowls in a row through the Pax 3 and report my findings. Enjoy!

What’s The Best Temp For The Pax 3?

Pax 3 Temp 1 (360F) – The first session was pretty underwhelming. Although it had a couple good hits, I didn’t quite get the flavor I was looking for. ABV at the end of the session still had some flavor and life left. The lower temp setting of the Pax is good for more flavor but less impact. The lower temperature cannabinoids also tend to produce a headier high than the high temps.

Pax 3 Temp 2 (380) – The second temp setting was a lot better. The last hit was just as flavorful as the first hit. Like the first bowl there was a lot of life left in the ABV. I could probably vape this bowl again at this same temp setting.

Pax 3 Temp 3 (400) – The third session was by far the most flavorful Pax temperature! The ABV was thoroughly spent, there was no green left in the ABV. This was by far the best tasting bowl out of the 4 bowls I vaped. Use this Pax temperature to maximize flavor and vapor in a single 10-minute session.

Pax 3 Temp 4 (420) – The start of the 4th session had some really good hits. The first hit at the 4th Pax temp was probably the best tasting of the entire video. While the first few hits at this temp were fantastic, the session went downhill pretty fast. By the end of the session the vapor was harsh and bitter tasting. The ABV was overspent and extremely brown.

Conclusion: Temps 1 and 2 left some green in the ABV. Temp 3 was my favorite experience by far. Temp 4 had a few amazing hits but wasn’t very enjoyable overall.

For the best Pax vapor experience, I would recommend vaping on the 3rd Pax Temp. Before the session ends, bump up to temp 4 for a couple hits to finish the bowl.

Items Used In The Video 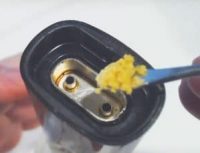 Mention the word weed vaporizer around the United States or Canada and people will immediately think Pax Vaporizer. In Troy’s …

If you’ve watched my Pax 3 Review video then you know how thoroughly I like to test vaporizers. I wasn’t satisfied …

The Pax vaporizer is one of the most popular dry herb vaporizers on the market. The Pax 3 is the …

The Pax Press, or more accurately – the Vape Press by HighbridInnovations is a handy T-press that smooshes your weed … 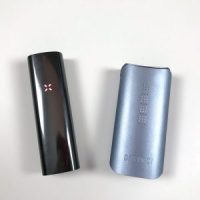 6 Alternatives to the Pax 3

12/16/19 Update – Several huge price drops on these vapes. In reality there are new vapes to add as well, … 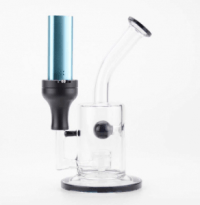 How to use a Pax 3 with a bong

The Pax 3 and Pax 2 are the most popular weed vaporizers available. Although many people have purchased these vapes, …