“Dabs” are both a noun and a verb. Cannabis concentrates can come in many forms and whether they’re “dabbed” in their traditional method or not – they’re still commonly referred to as simply, Dabs.

“Hey I just bought some dabs, let’s go dab on my dabs” is silly, but grammatically correct.

Traditional dabs are performed with a torch and a hot nail, usually a quartz club banger, terp slurper, or similar blender-style banger. Not everyone appreciates the hardcore look and feel of torch dabs and opts for smaller electronic devices like wax pens and dab pens.

Wax Pens and E-rigs, like the Puffco Peak have become increasingly popular for dabbing both at home and on the go. The newest styles of wax pen atomizers use smooth ceramic or SiC cups for the easiest maintenance and truest terpene tastes.

The weed vape scene is always evolving and terms have become somewhat ambiguous.

Wax Pens and Wax Vapes are vapes for weed concentrates. Dabs are loaded and vaped as needed. There are no pods or cartridges, only coils or buckets.

Dab Pens or Oil Pens use prefilled or self-filled cartridges or pods. The vapor is created by a disposable atomizer that is built into the oil cartridge. Standard cartridges are 510 threaded and there are several proprietary pod systems on the market, like the Pax Era and Stiiizy. There are even disposable oil pens where the battery and pod are tossed in the trash when empty.

Torch dabs are the gold standard in dab delivery and what every portable e-rig and email set out trying to be.

Dabbing the traditional way requires a torch, a bong, and a quartz banger.

Terp Slurpers are currently the best quartz bangers and the preferred method for dabbing involves a Dabrite or other banger thermometer.

I prefer torch dabs over all other methods.

Portable dab rigs like the Puffco Peak have forever changed the face of dabbing. Torches and bangers aren’t for everyone and these electric dab rigs make dabs easy enough for anyone.

The Puffco Peak Pro and Focus Carta 2 are the best portable dab rigs right now. Both use side-wall heated atomizers instead of bottom-heated.

The recently released Puffco Proxy is again sparking a revolution with its modular design. An entire economy of Proxy accessories has blossomed and artists all over the world have been contributing.

E-nails are incredibly convenient for all-day-dabbing and marathon sessions. E-nails are hot and ready after a short heat-up time and they can stay hot all day long.

Mininail makes some of the best electric nails available and they come in three varieties: a coiled quartz banger and a hybrid deep dish quartz bucket of two sizes.

I had the unique luxury of testing the BAK and BAKx vaporizers with the maker while traveling to Germany.  It was, by far, the most potent and best-tasting vape I used on my trip!At a rendezvous in Germany, I had the pleasure of meeting Ralph, the creator of Lamart...

This is one of my favorite weed accessories! This all-glass display stand is a really elegant way to display a collection of quartz bangers, terp slurpers, or glass bowls. This stand has TEN 14mm female glass joints to display your bangers and bowls nicely!The Pulsar... 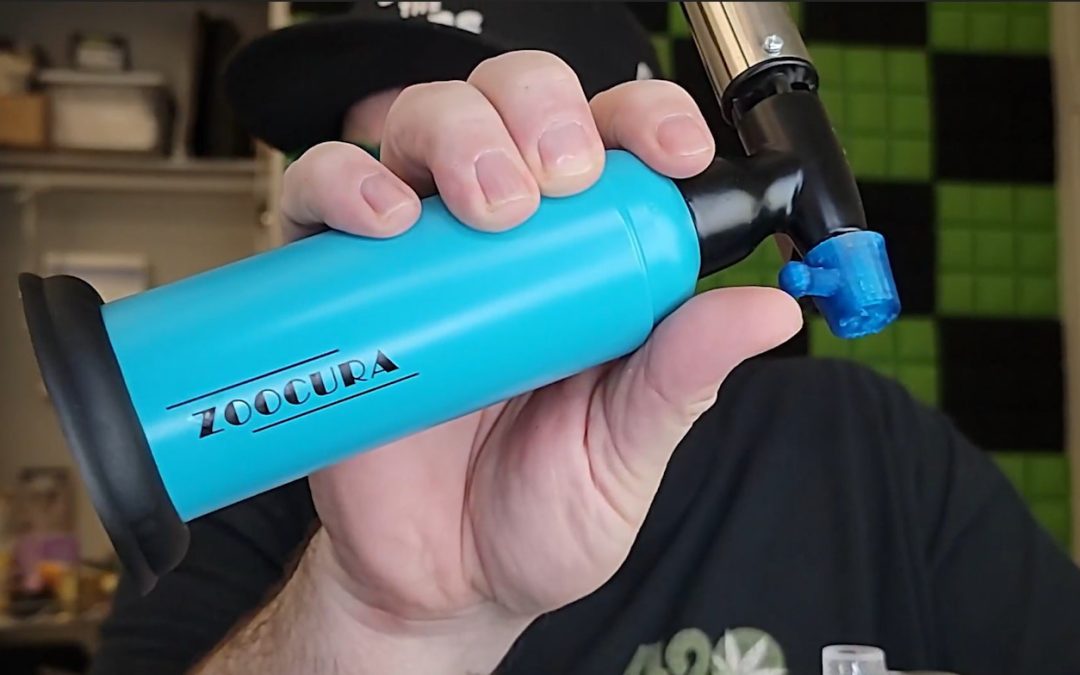 The Blazer BIG SHOT is also BIG MONEY. The Zoocura torch *looks* very similar to the Blazer GT8000, even offering itself in a bright teal blue! The Zoocura is 1/3 the price of the Big Shot - but how does it compare to the real Blazer? I've only had the Zoocura torch...

Dabs are a way of life for many and traditional dabbers swear by torch dabs over any electronic rig or coil-based dab device. Dabbing with a torch and banger hits different and delivers a more thorough expression of terpenes and cannabinoids - in laymen's terms, Torch...

I got the new G6 Blender from Victory Glassworks and this thing is a BEAST of a banger! The 80mm tall vaporization column has 3mm thick quartz sidewalls for amazing heat retention. The banger itself is 18mm wide, which is slightly wider than the average 16mm column of... 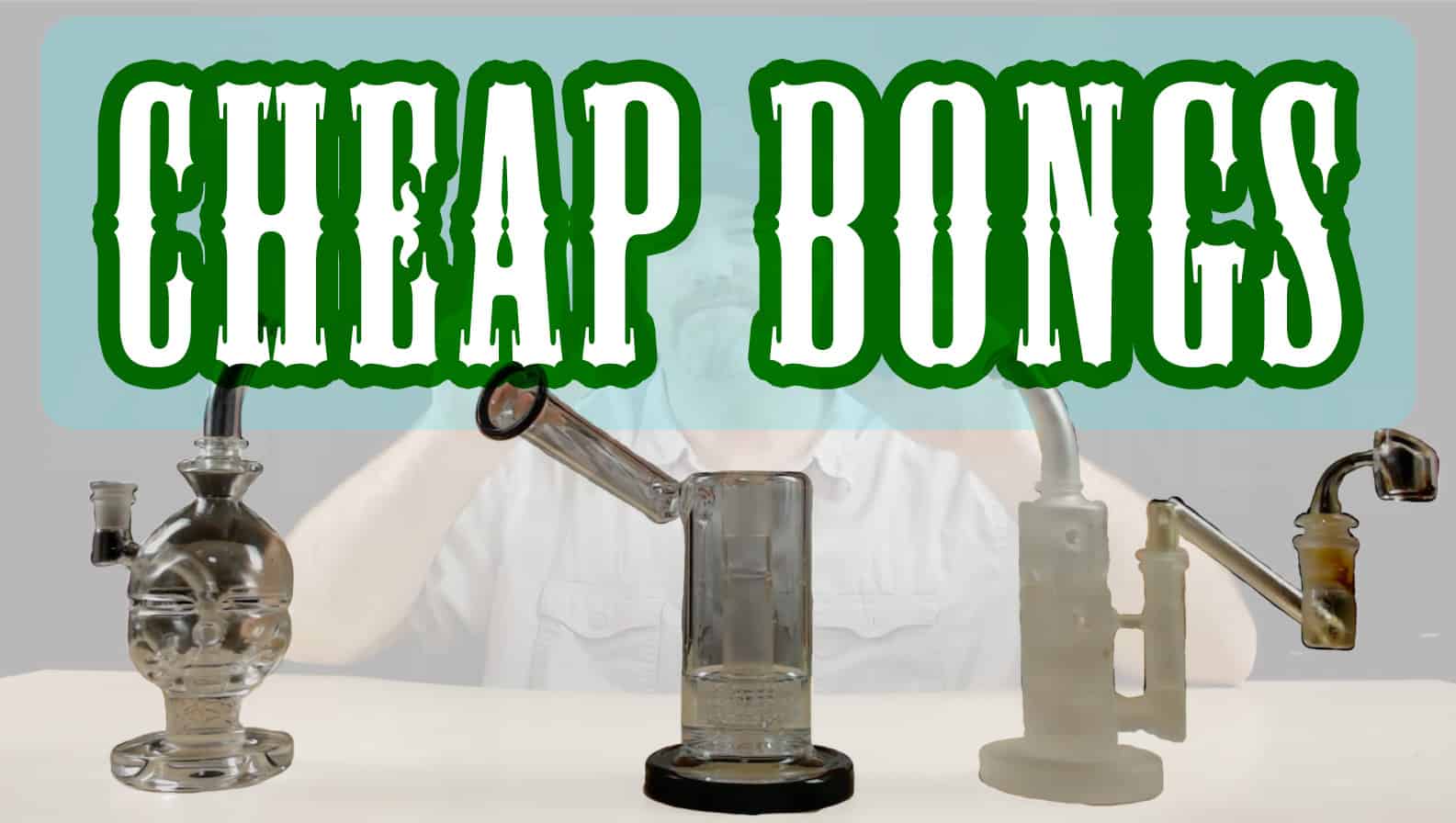 Where to Buy Cheap Bongs OnlineA lot has changed since I first wrote about the cheap bongs from DHgate and other Chinese sellers! There are still some nice finds on DHgate, but many of the more talented glass blowers now sell directly to online head shops and...

The TERPOMETER 2.0 Infrared Thermometer is a revolutionary dab temperature-sensing device that combines the latest infrared technology with an RGB color indication system. With the touch-free design, dabbers can experience unparalleled accuracy and precision in all...

Dabrite Dab Thermometer: Take the Guesswork out of THE PERFECT DAB TEMP

The Dab Rite is a revolutionary dab thermometer designed to nail the perfect dabbing temperature with every dab. DabRite, and now the DabRite PRO uses an infrared themo sensor to accurately display the temperature of your hot nail or quartz banger.The DabRite takes...

Black Friday Vape Deals are LIVEVapes for weed really only go on sale twice per year, 4/20 and Black Friday. The 2022 Black Friday deals have just started and I've made a round-up of all the best weed vape related sales. There are currently 22 stores running 20-50%...

This new Gpen Hyer has been on my desk for a couple of weeks now and I've been pleasantly surprised with its performance! The HYER is a portable concentrate vape that packs the punch of a plug-in e-nail in the format of a portable dab pen.This video is uncensored and...